on September 08, 2019
For me personally, there are two names that are synonymous with the Tenth mountain hut trips, Colorado winters, and some of my great winter back country adventures: Bud Winters and William Skinner. The reason for this is that those are the names of the huts dedicated to them that I have personally been to, and my memories are built around. That being said, Sangree Froelicher certainly deserves the same honor, and I look forward to visiting the hut to expand my memories and learn more about him. 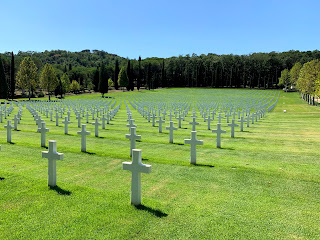 My wife and I went to Italy for our twentieth wedding anniversary (Our tenth was in Hawaii) As I researched interesting things to do, I learned of the Florence American Cemetery, where 4,393 United States military members are laid to rest, and another 1,409 names are inscribed in a memorial for our missing soldiers.  The soldiers buried here lost their lives in fighting that occurred after the capture of Rome, and just before the war's end with the fighting in the Apennines Mountains.  It is in the Apennines where our Tenth Mountain soldiers fought, and lost their lives. Bud Winters, William Skinner and Sangree Froelicher represent two aspects of the 10th mountain soldiers that I deeply appreciate: The first is the intense training they went through at Camp Hale, and the second is the fight for Riva Ridge and Mount Belvedere in Italy.

I happen to have an Uncle Bud, who served in the Marine Corp, so I always felt a special connection  to Uncle Bud from the start.  But, having been to this hut several times, my personal very favorite, it is not difficult to adopted Bud Winters as another Uncle.  It is the perfect memorial, essentially a library dedicated to him, filled with more reading and information that you can absorb in one visit.  The hut carries with it a humbling sense of peace, protection and, when you arrive at it, you feel like you just arrived at your favorite Uncle's home. 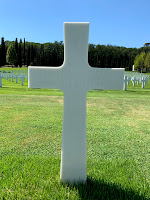 To me, he represents the intense training the tenth mountain soldiers went through. Uncle Buds cabin is a staple of my "hut to hut" trips, whether from the Tenth Mountain hut, or from Skinner Hut, and that has allowed me some of my most difficult trips, especially when they included breaking trail through fresh snow and subsequently getting lost looking for blazes in a snow storm.  When I am on these trips, I think about the "Trooper Traverse", which he, and 32 other soldiers participated in a four day, 40 mile traverse from Leadville to Aspen, while carrying 60 pound backpacks, sleeping in cotton bags at 12,000 feet, in the deep cold of February, on heavy eight foot wooden skis.  By most accounts, he was one of the strongest in the group (he wrote a letter claiming that he was given the nickname ‘rugged Winters’ after the traverse).  Having the luxury of modern equipment, my trips do not compare, but, its a humbling reminder to be in the place where these soldiers trained, along with the realization that anything I am going through, they went through a lot worse, even if I am breaking trail (Apparently there was 10 inches of new snow when they did theirs).

Bud received a Purple Heart for his wounds during the battle for Mount Belvedere, spent a month in a hospital in Rome, and then was killed on April 14, 1945 on hill 913, just two weeks before the end of the war.  In a letter home he wrote that when he gets back and finishes college "I’m going to make a name for myself in skiing …". Through the work of Bud's brother, Dr. Fred S. Winter, the idea for the hut was born, and indeed, he has made a name for himself in the mountains of Colorado. 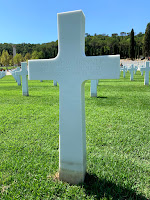 To me,  hiking to Skinner Hut was, and still is, the most difficult hut I have climbed to, and gave me a sense of the training the Tenth mountain soldiers went through during their stay at Camp Hale. It literally transformed how I prepare for every other hut trip I have been on. Also, the hut's position perfectly represents the troops of the 85th, 86th and 87th Tenth mountain regiments who were given two incredible tasks: the 86th to climb and take Riva Ridge, then the 85th and 87th would do the same on Mount Belvedere.

Climbing the ridge from Glacier Creek to Skinner hut humbled me to the core.  On our trip, we were breaking trail on a route that had not been used in quite a while.  The elevation gain to Skinner hut in total is similar to what was done by the 86th tenth mountain regiment (which Sangree Froelicher was in), when they climbed Riva Ridge during the night of Febuary 18th, surprising the Germans, taking the ridge, and losing no soldiers during the attack. The 85th regiment (Skinner's and Winter's regiment) performed a similar attack on Mount Belvedere, climbing at night, and attacking during the day. During our trip, we also reached the top of the ridge in the dark, but were out of water, in a blizzard, and convinced we were lost at 12,000 feet.  However, we kept our spirits alive by "putting on our war faces" and, with the thought of way they did on Mount Belvedere, Riva Ridge and hill 913, found the strength to make it to the hut.

William Skinner was killed in fighting on April 14th, during the attack when he was in a vulnerable position and directing mortars at German positions.

Unfortunately I did not visit his grave, and I am saddened that I forgot, but, as I mentioned earlier, I hadn't visited the hut, so he wasn't on my mind.  However, in doing my research for this post, I learned a lot about him, specifically his involvement in some of the most daring and dangerous parts in the capture of Riva Ridge.  For this, he was, as is, in every aspect of the words, a true mountain man.

He was one of four soldiers who participated in a reconnaissance mission to Riva Ridge a few days before the attack by the 86th regiment, and luckily survived the mission after being exposed by a barking dog.  He then led the 86th regiment on the famous attack on Riva Ridge.  He spent the next month marching forward and being involved in German attacks along the way.  He was awarded the Silver Star for his service.

Sangree Froelicher died on March 4 after leading his troops through a German attack, taking 6 prisoners, and fought the Germans while his troops could set up defensive positions.

You can find his final resting spot at Plot D, row 3, grave 35

I am deeply indebted to the families of the soldiers who put so much effort into making sure their memories would not be forgotten.  From the personal sacrifice they made for our country (and the world) to the bonds of friendships I made with my ski partners while trekking to their huts, they truly have defined a significant part of my life in Colorado, including me writing this blog.  When I learned of this cemetery, I felt it was my duty to visit them and personally thank them for having this impact on my life.  I hope you all get a chance to visit their huts, and, if you go to Italy, find some time to pay your respects to them, and all of the soldiers buried at the cemetery.
Location: Via Cassia, 50023 Tavarnuzze, Impruneta FI, Italy